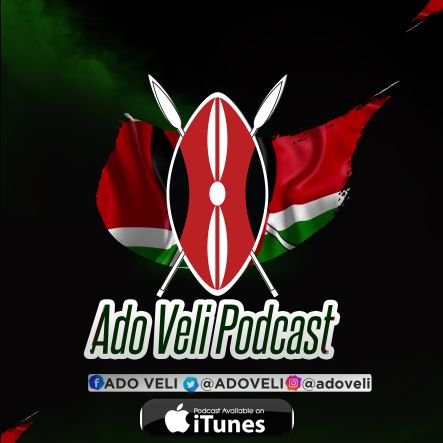 One of the most notable music journalist-cum-commentators in Africa is Nigerian Osagie Alonge who is also the Editor-in-Chief of Editor of Pulse Nigeria. I first knew of him through his Facts-Only YouTube videos. But what has further thrust higher is the Loose Talk podcasts which he co-hosts. I’ve always hoped that one would consider starting one here at home, and now am quite thrilled to report that Ado Veli, a Twitter music industry commentator has launched his self-titled Ado Veli podcast. And, to kick-start everything, he has already dropped the intro on Soundcloud and iTunes. The podcast will be purely about Kenyan music, with the first episode scheduled to be released on 5th January, 2018. The second and subsequent episodes will be released each and every Friday and will run for 30 minutes. This is huge for the industry, which has always lagged behind in adopting fresh ideas. You can stream the intro via Soundcloud below or on iTunes. Also, follow @Adoveli on Twitter for updates.

@meute_official reworked "What Else Is There", a classic by Norwegian duo Röyksopp. Listen via aipate.com
@tylrebelle // "Special Guy" // #songoftheday on aipate.com #rnb
@agolla_ke on the #ongea2020 stage
#songoftheday is "Strawberry Banana Pudding" by @__donihendrix__ and @itsme_laele // #rnb aipate.com
Soulful singer-songwriter @duragpappi wowed the audience with his spellbinding performance at #ongea2020 summit.
"Vibe" by UK singer/songwriter @mullallymusic is our #songoftheday on Aipate.com
For a more personalized experience, join other Aipate readers on our email list.
Also, you can find us on Telegram.
%d bloggers like this: